Arts and Culture In and Around Ocean City, MD 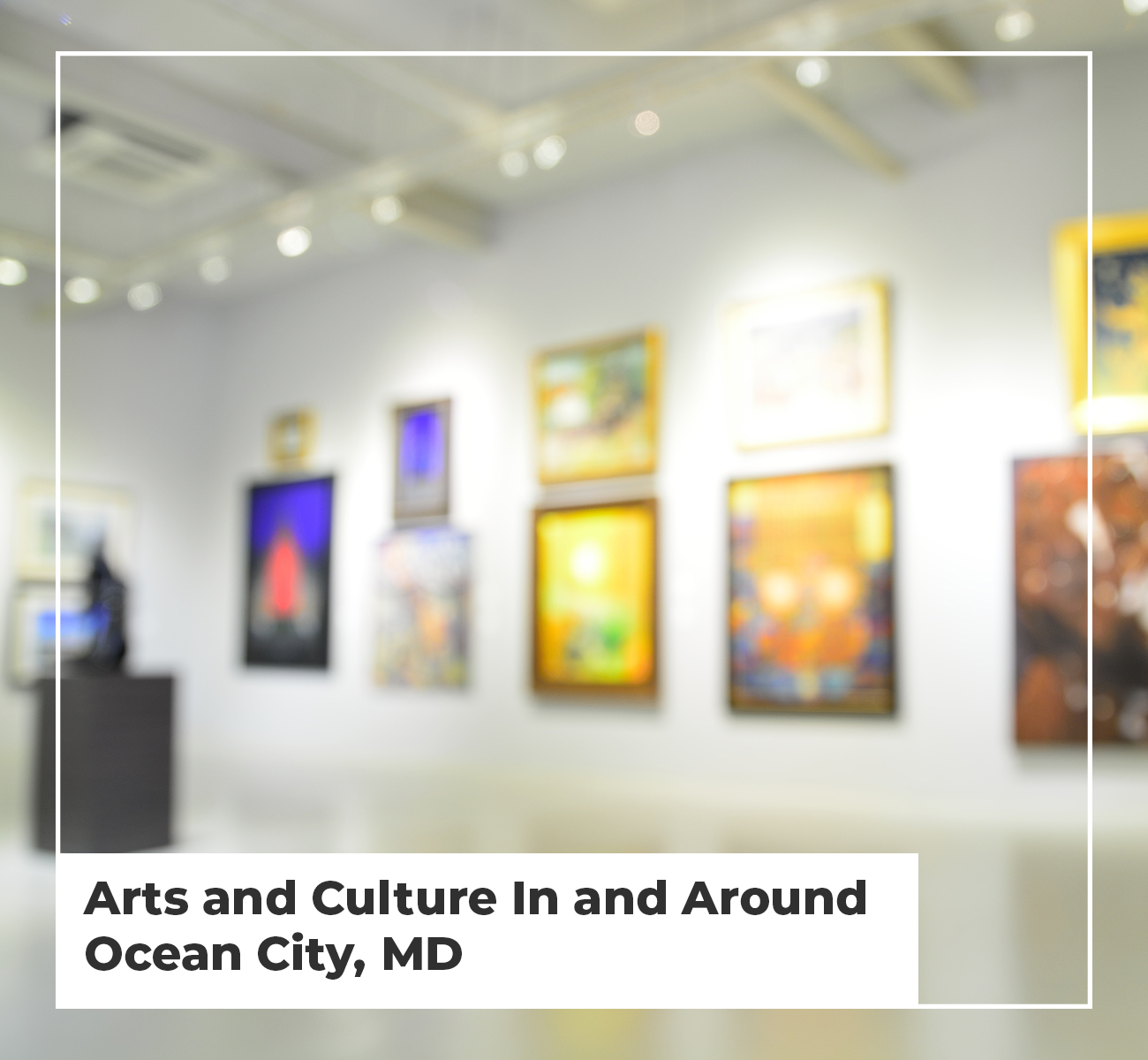 According to the U.S. Bureau of Economic Analysis, arts and cultural economic activity accounted for 4.2% of gross domestic product, or $876 billion, in 2020. And in Ocean City, there is no shortage of arts and cultural activities in which to engage. From museums and historical sites to arts programming and festivals, residents and visitors can take advantage of all the resort area has to offer.

Held at Northside Park, ArtX aims to inspire creativity and promote art and culture in Ocean City. The yearly event is hosted by the Town of Ocean City and supported by the Art League of Ocean City. Activities include creating, purchasing and viewing art, live music, vendors, and food, beer and wine.

The Ocean City Film Festival was founded in 2017 and is held each year in March. Since its founding, the event has grown to include both local and international filmmakers. Prioritizing uniqueness and diversity in selection, the festival’s mission is to build a community of filmmakers and offer an inclusive platform for creators worldwide.

Artists Paint OC is a “plein air” event, meaning participating artists paint outdoors. Throughout a week in August, artists take to the boardwalk, streets, harbors, bays and marshes to recreate Ocean City’s pristine landscapes. Watchers can also gather to see painters make their works of art in real time. Entries are displayed in the Ocean City Center for the Arts through September.

The Ocean City Development Corporation’s mission is to create a safe and attractive environment through both public and private partnerships. In an effort to revitalize the downtown area, the nonprofit has programs such as a facade improvement initiative and public art projects. Take a walk through downtown Ocean City and find wall murals, sculptures and utility box art installations, all depicting scenes inspired by the beach and ocean.

With a two-story gallery, pottery studio, art classrooms and a library, the Art League of Ocean City offers a space for art programs, camps, competitions and other various activities. The nonprofit also hosts monthly artist receptions and workshops for artists of all ages. The Art League’s programs are made possible through memberships and volunteers.

For more than three decades, Springfest has heralded Ocean City’s upcoming season with a four-day festival. The yearly event features food, arts and crafts and live entertainment. Festivities are held at the Ocean City Inlet, and admission is free.

Sunfest, hosted by the Town of Ocean City, is celebrating its 47th anniversary this year. Held each fall, the event features a weekend of local crafters, food and entertainment from local and national acts. All festivities are held right off the beach, at the Ocean City Inlet. Admission is free. 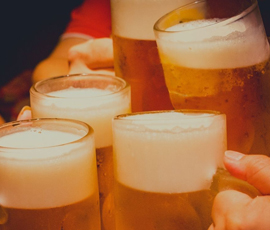 Must Visit Breweries In and Around Ocean City, Maryland

Located within an abandoned life-saving station, the Ocean City Life-Saving Station Museum supports and inspires the appreciation of cultural and natural history within Ocean City and throughout the surrounding coastal region. Each year, the museum hosts a history week, summer programs and tours.

St. Paul’s by-the-Sea is almost as old as the resort itself. In 1878, three years after the first hotel opened in Ocean City, the first Episcopal church services were held. By 1900, a new building was constructed at its present-day location at Baltimore Avenue and 3rd Street. Today, the Gothic Revival church is listed in the National Register of Historic Places.

The most notable landmark in Ocean City, the resort boardwalk is the hub of activity throughout the summer months. With establishments dating back to the early 20th century and some of the resort’s most popular attractions, it’s no wonder that the promenade sees millions of visitors each year.

Family owned and operated since the 1920s, the original Atlantic Hotel actually got its start in 1875 as one of the first Ocean City hotels. Following a fire in 1925, the hotel was rebuilt and remains in operation to this day.

The Lankford Hotel is yet another example of Ocean City’s earliest accommodations. Built in 1924, the structure has seen renovations and additions but continues to be family owned.

Recognized as the oldest operating municipal skate park in the country, the Ocean City Skate Bowl is one of the resort’s most iconic attractions. Since its opening in 1976, the Skate Bowl has only grown in size and popularity. Today, it hosts skate camps, clinics, tours and contests.

Located just outside the resort, the West Ocean City Commercial Harbor represents the area’s rich fishing history. In addition to the daily activities that occur at the commercial fishing harbor, the location is also home to Harbor Days at the Docks, an annual maritime heritage festival.

Built in 1832, the Calvin B. Taylor House Museum features artifacts and exhibits demonstrating the area’s history. Located just outside Ocean City, in the small town of Berlin, the restored home is the centerpiece of several community events, such as the Peach Festival, Harvest Homecoming and the Spring Celebration. 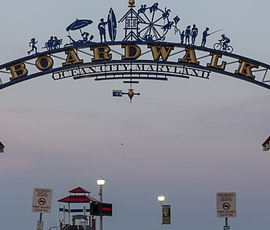 Ocean City's Most Iconic Boardwalk Establishments You Must Visit!

Open June through October, Rackliffe House is a stunning example of a coastal manor home. The house has withstood the Revolutionary War, the War of 1812 and the Civil War. And thanks to the restoration of the Rackliffe House Trust and the Maryland Department of Natural Resources, it now serves as a museum. Located on Assateague Island, just south of Ocean City, Rackliffe House Museum interprets 18th century life along Maryland’s seaside.

Built in 1922 as a two-room schoolhouse for African Americans, the Germantown School Community Heritage Center - located in Berlin - now serves as a community heritage center. Today, the building is only one of two surviving Rosenwald Schools in Worcester County and the only one to be adapted as a private museum and community center accessible to the public.

View All Homes & Condos For Sale in Ocean City, MD 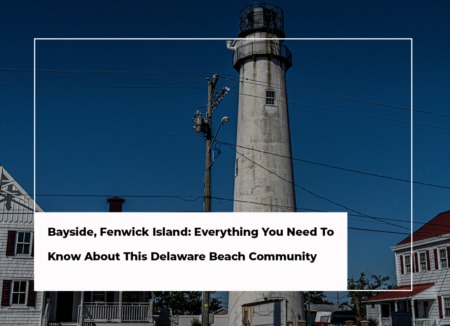 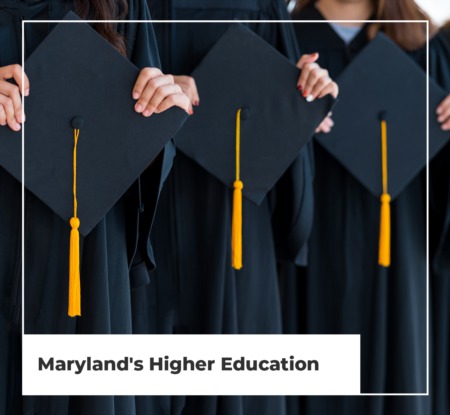 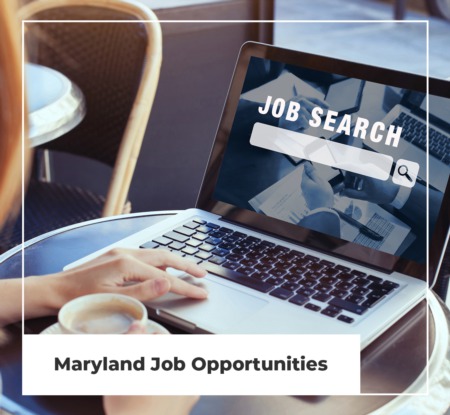