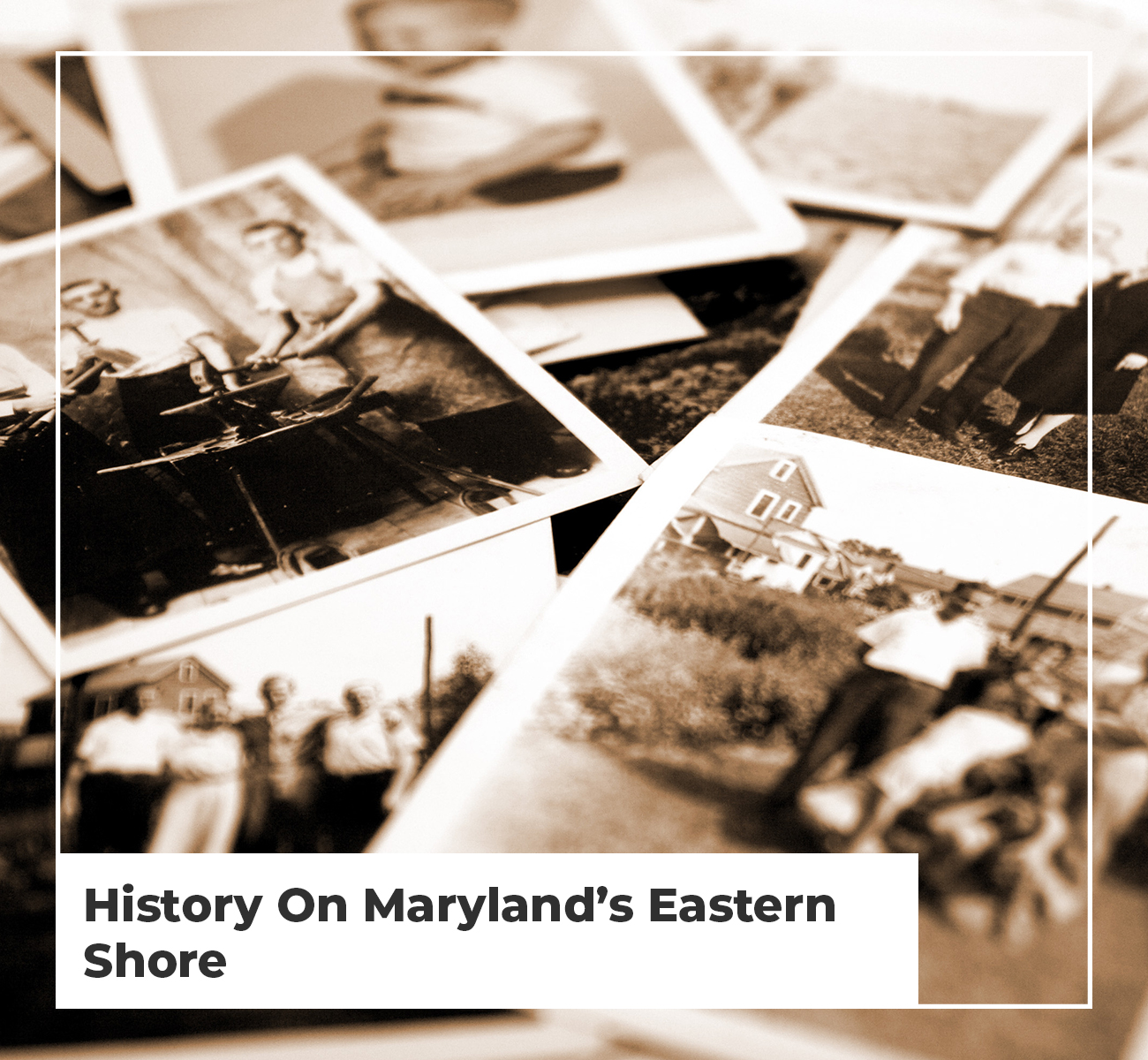 If you love learning about an area’s history and traditions, then Maryland’s Eastern Shore is the place for you. From the shores of Assateague Island to one-room schoolhouses and everything in between, there is no shortage of opportunities in which to learn about the people, places and customs that make the Eastern Shore what it is today.

Each year, thousands of residents and visitors flock to local heritage sites to learn about the Eastern Shore’s history and culture. According to Beach to Bay Heritage Area, heritage tourism generates $230 million in economic impact and $29.6 million in tax revenue and supports more than 3,100 jobs. So whether you are visiting sites that were once home to a Native American tribe or viewing one of Maryland’s oldest churches, you are also supporting the local economy.Looking for a place to start? Check out some of these fun, and informative, heritage sites.

Town of Berlin: With a Victorian town center and 47 structures listed on the National Register of Historic Places, the Town of Berlin is one of the Eastern Shore’s most iconic locations. Formed from a land grant dating back to the 1600s, the town was eventually established in 1869. Since that time, the town has become a popular tourist destination. Not only is Berlin the birthplace of Stephen Decatur, the 19th-century naval hero, and the Rev. Dr. Charles Albert Tindley, a celebrated gospel music composer, but was once the walking grounds of the Assateague and Pocomoke Indians.

Town of Snow Hill: Established in 1686, the Town of Snow Hill began as a small English settlement along the banks of the Pocomoke River. And by the 1700s, Snow Hill was established as the county seat. As a popular port town, Snow Hill was the center of commerce and social life, with churches, schools and even lumber companies calling the town home. And while the downtown area was destroyed in the fire of 1893, many pre-Revolutionary War structures still stand today.The town is currently home to shops, galleries and the county courthouse. 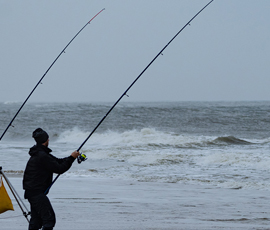 Furnace Town: Furnace Town began as a company town built by the Maryland Iron Company in the 1800s. From 1828-1850, miners, colliers, draymen and bargement worked at the Nassawango Iron Furnace, making iron to be transported to major metropolitan cities such as Baltimore, New York and Philadelphia. By 1850, the company declared bankruptcy, and the town’s residents moved away. Today, the area is owned by the Furnace Town Foundation and operated as a museum site, where visitors can learn about the town’s history.

Assateague Island: Prior to its creation as both a state and federal park, Assateague was once a continuous barrier island that connected to Fenwick Island. Beginning in the 1850s, small communities were formed. But the landscape was forever changed in 1933, when an August storm created an inlet that divided the island. By 1962, an Ash Wednesday storm destroyed what remained of any potential development. A two-mile portion of the Maryland district is now maintained by the Maryland Department of Natural Resources, while the remainder is managed by the U.S. National Park Service.

Rum Pointe: While it is now home to a golf course and residential community, Rum Pointe is rich in its history. Located in West Ocean City, the area was believed to be a shelter for Captains Kidd and Blackbeard -famous pirates -as they smuggled their treasurers ashore. It is also home to several Native American artifacts found on the property, as well as a two-story, pre-
Revolutionary War dwelling known as the Rackliffe House. Today, the restored house remains open for tours, programs and even weddings.

Glen Riddle: Located to the east of Berlin, Md., Glen Riddle is home to a golf club and residential community. But what many don’t know is that the community’s clubhouse building was once the main stable building of Riddle Farm, which produced famous racehorses such as Man O’ War, War Admiral and Sea Biscuit. Today, the facility features a museum hall that tells the story of the famed racehorses, and features of the old structure still remain.

Ocean City Life-Saving Station: The Ocean City Life-Saving Station was built in 1891 as a way to help vessels in distress.By 1915, the U.S. Life-Saving Service had merged with the Revenue Cutter Service to form the U.S. Coast Guard, and the building was used by the Coast Guard until 1964. It wasn’t until 1977, however, that the Ocean City Museum Society was formed to save the structure. With funding from the Mayor and Council, the station was ultimately moved to its current location at the southern end of the Boardwalk and converted into a museum that highlights the history of Ocean City and Worcester County.

Historic St. Martin’s Church: Historic St. Martin’s Church, located just outside the Ocean Pines community, was constructed between 1756 and 1763. Over the following years, the building would be used for weekly church services. But by the 19th century, attendance had dwindled,and the church eventually closed, though the facility was used for special gatherings. In the 1990s, the St. Martin’s Church Foundation was established to lead a two-phase restoration project of the church, which had fallen into such disrepair that annual visitations and tours had to be discontinued. Today, the restored site is host to weddings and special events throughout the year.

Calvin B. Taylor House: Located in the heart of Berlin, the Calvin B. Taylor House is the backdrop to several popular community events held each year. Constructed in 1832, the structure was once home Isaac Covington, the original owner, Robert J. Henry, remembered for his role in bringing the railroad to town, and the family of Calvin B. Taylor, the founder of the Calvin B. Taylor Banking Company. Throughout the 19th and 20th centuries, the home had undergone several changes. And in 1981, it was saved from demolition. The facility has since been converted to a town museum of local history. It is also the host of annual events such as the Berlin Peach Festival and Harvest Homecoming.

The Germantown School: The Germantown School, located in Berlin, was constructed in 1922 and financed through the Rosenwald rural school building program, established in 1912 to improve the quality of education for African Americans throughout the south. The school remained in use through the mid-1960s, when it was converted into a county roads barn. But since that time, efforts have been made to preserve the dwindling number of Rosenwald schools throughout the country. In Berlin, the Germantown School Community Heritage Center was formed to raise funds and restore the two-room schoolhouse to its original glory. It now serves as a museum and community space for local events. 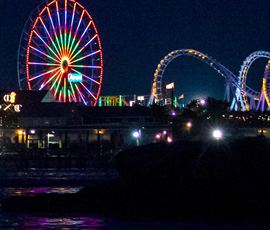 Julia A. Purnell Museum: The Julia A. Purnell Museum was founded in 1942, when Julia A. Purnell and her son decided to open exhibit space for her quilts, cross-stitch and embroidery, which had earned her top honors at the New York and Philadelphia hobby shows and an induction into the National Hobby Hall of Fame. While Julia had passed away some months later, the museum continued to grow, as artifacts from thetownspeople were donated. The museum ultimately became a repository for the memories of the Town of Snow Hill. Today, exhibits fill the museum -located in an old Catholic church built in the 1890s -and offer a glimpse of Worcester County’s history.

Sturgis One Room School Museum: Located in Pocomoke, Sturgis One Room School Museum highlights the history of Sturgis School, the only African American one-room school in Worcester County to retain its original integrity. Constructed more than a centuryago, the school operated for 37 years before it closed its doors. In the years that followed, the building served as the home of William Sturgis. And when it was vacated, the structure fell into disrepair. However, a group of citizens, led by the Worcester County Historical Society, purchased the school in 1996 and moved it to its current location in downtown Pocomoke. Today, a museum tells the school’s history.

Charles H. Chipman Cultural Center: Charles H. Chipman Cultural Center, located in Salisbury, opened in 1994 and has since been educating the community on the region’s cultural history. The building once served as an African American church, which began in the 1830s when five freedmen purchased the site and constructed a building to be used as a church, school and meeting space. Today, it is the oldest standing African American church on Delmarva.

Poplar Hill Mansion: Owned by the City of Salisbury, Poplar Hill Mansion now serves as a community museum and events venue. But the building has its roots in the early days of Salisbury’s creation. Construction on the home began in 1795 and continued through the 1800s, as the property changed hands. In the 1840s, the property was subdivided, paving the way for a new suburb -Newtown -to be built around it. But it wouldn’t be until 1974 thatthe City of Salisbury took ownership of the mansion. Today, the home is listed on the National Register of Historic Places and operates as a museum in the public trust.

Pemberton Historical Park: Located at Pemberton Historical Park, the remnants of an 18th-century plantation remain on display. Built in 1741, Pemberton Hall was the center of a once-thriving plantation owned by Isaac Handy. But in the years that followed, the home fell into disrepair. In the 1960s, however, Pemberton Hall Foundation was formed to save the once grandiose structure from destruction. And today, it continues to maintain the home and the two acres that surround it. The home is now part of Pemberton Park, created by the county in the 1980s to surround and protect the structure, the only original eighteenth-century gambrel-roofed home open to the public on the Eastern Shore. 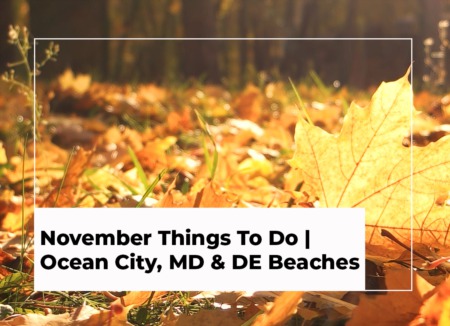 Ocean City November 12: Storm Warriors 5K Run/Walk Held from 9-11 a.m. on the Boardwalk, the run/walk will consist of an out-and-back course with ...Read More 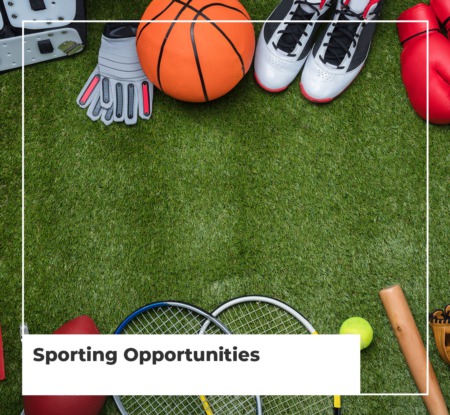 It’s no secret that the sports industry draws thousands of people to the Eastern Shore each year. In the most recent report from the ...Read More 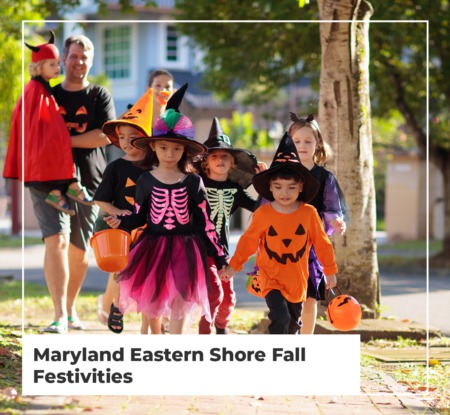 As the temperature drops, fall festivities ramp up on Maryland’s Eastern Shore. And while many travel far and wide to take part in beloved ...Read More